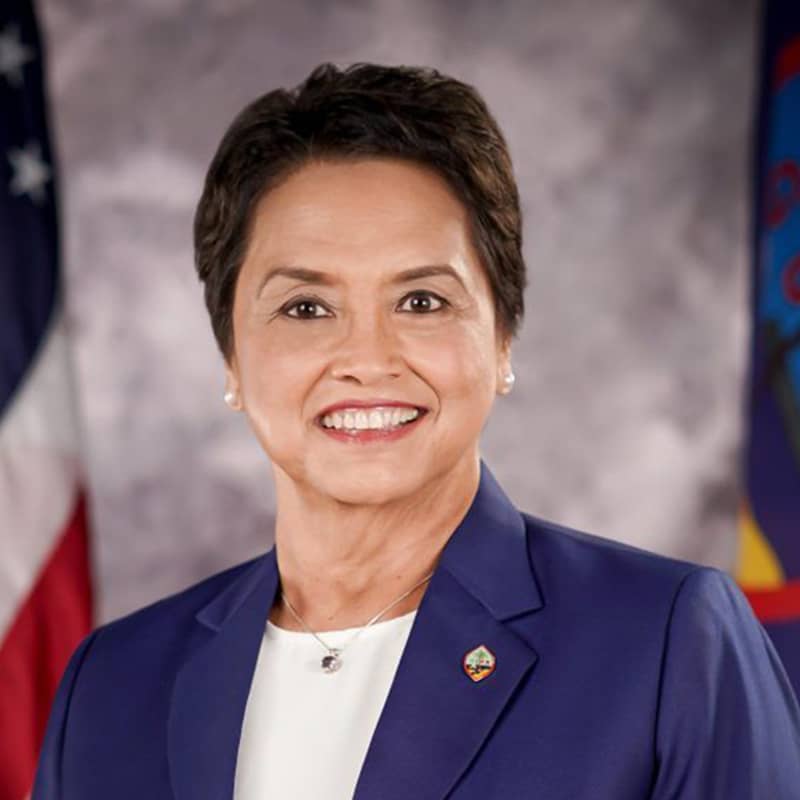 Lourdes “Lou” Aflague Leon Guerrero is one of three children born to the late Jesus S. Leon Guerrero and Eugenia A. Leon Guerrero. Along with her brothers Tony and Jesse she learned from her parents the importance of hard work, compassion, and the responsibility we all have to give back to our community. Graduating from the Academy of Our Lady of Guam, Lou embarked on a career in nursing, securing a Bachelor of Science in Nursing from California State University, and later a Masters of Public Health from UCLA. She has worked as a staff nurse in hospitals in both California and Guam. Lou also has held several management positions in health care at both Guam Memorial Hospital and FHP Inc., as well as serving on the GMH Board of Trustees. To this day, Lou continues to be passionate about health care and has maintained her licensure as a registered nurse. In 1994, Lou was elected to the first of five terms in the Guam Legislature. As a Senator, Lou held the posts of Majority Leader as well as Chair of the Rules and Health Committees. Among her achievements are laws creating the Healthy Futures Fund and banning smoking in restaurants and bars. With the passing of her brother Tony, Lou assumed the helm at the Bank of Guam as its new CEO and President. Under her leadership, the Bank of Guam doubled its assets to become a $2 billion enterprise. Lou has also served on the boards of many civic organizations. In particular, Lou is a founding member, past board member and past President of the Guam Women’s Chamber of Commerce. Her many awards and honors include FHB/Guam Business 2010 Executive of the Year, SBA –Women in Business Champion, AOLG Hall of Fame and American Nurses Association Excellence in Nursing award. Lou is married to Attorney Jeff Cook and they have two children and six grandchildren.