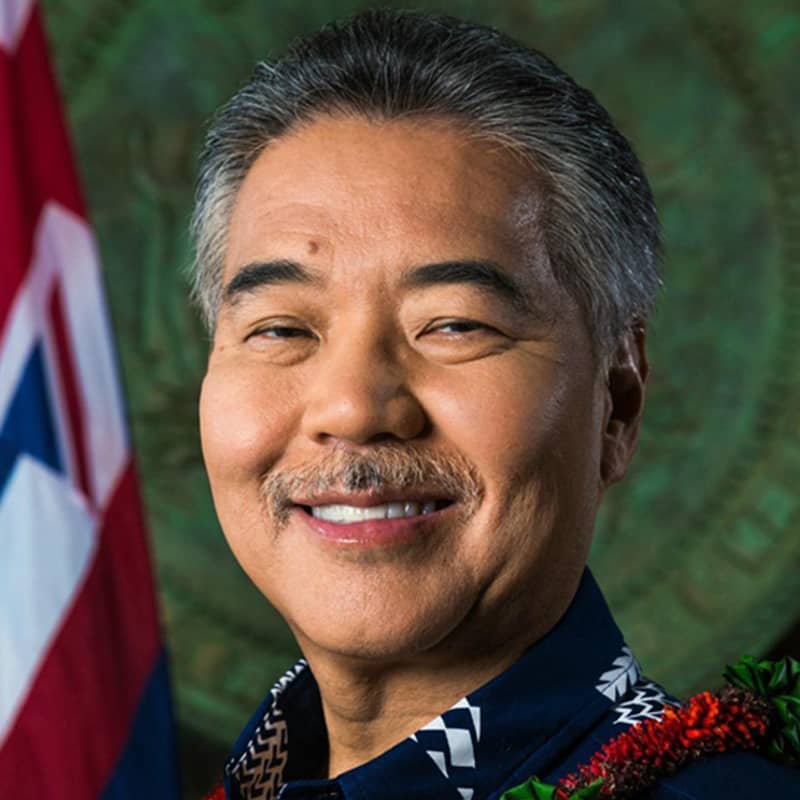 Governor David Y. Ige was sworn in as the eighth governor of the State of Hawai‘i on December 1, 2014.  He became the fourth native-born Governor of Hawai‘i and first governor in the United States of America of Okinawan descent.

Governor Ige was born and raised in Pearl City and is the fifth of six sons of Tokio and Tsurue Ige. Governor Ige attended public schools in Pearl City – Pearl City Elementary School, Highlands Intermediate School, and Pearl City High School. He also participated in community sports, beginning with eight years of playing in the Pearl City Little League. At the newly built Pearl City High School, Governor Ige excelled in many activities. In his junior year, he was elected Student Body Vice President, and he served as Senior Class President the following year. He also led his varsity tennis team to a championship and was honored as the “Scholar-Athlete of the Year.” He graduated fifth in his class of more than 500 students in 1975.

Governor Ige then attended the University of Hawaiʻi at Mānoa, where he earned a Bachelor of Science degree in Electrical Engineering. While at UH, he served as Student Body Secretary and an officer of several honor societies as well as Treasurer and Vice-President of his fraternity, Phi Delta Sigma.  Most importantly, UH is where Governor Ige met his wife, Dawn Amano-Ige.

After college, while working for GTE Hawaiian Tel a career that spanned 18 years, Governor Ige took graduate courses at UH and earned a master of Business Administration degree in Decisions Sciences. In 1986, Hawaii Business magazine named him one of the university’s Top 10 MBA students.

He went on to become a successful electrical engineer and project manager with a 34-year career devoted to information technology, telecommunications, networks, and responsible public policy.

Prior to being elected governor of Hawai‘i, he served as Program/Project Manager with Robert A. Ige and Associates, Inc., Vice President of Engineering at NetEnterprise, and Project Engineer/Senior Principal Engineer at Pihana Pacific, which established the first world-class data center and carrier-neutral Internet exchange in Hawai‘i and the Pacific.

Governor Ige began his political career in 1985 after being appointed by then Governor George Ariyoshi to fill a vacant seat in the Hawai‘i House of Representatives.  In 1994, then Representative Ige was elected to the Hawai‘i Senate where he represented his home district of ‘Aiea / Pearl City until 2014.  During his legislative career, Governor Ige served as the chairman of nine different committees which included the committees on Education, Health, and Ways and Means.